The path that led me to learn about Applied Behavior Analysis (ABA) and its potential starts from my meeting with Mario.

Mario was a 3-year-old autistic non-verbal child who was entrusted to me through ADH (home educational care for disabled people) in 2015.

I had to look after him for 4 hours a week, in 2 meetings each lasting two hours. Those hours immediately seemed never-ending and extremely difficult to me. Mario in fact:

I felt totally disarmed: the educational tools and techniques that I had been taught at University didn’t seem to work at all with Mario.

The meetings with him seemed like a failure to me.

Of course, in those 4 hours a week Mario’s mother could take some time for herself but, apart from that, I thought I could not do anything useful for the child.

When I left that house, the family remained with the problems and difficulties that they had before.

The only activities that seemed to interest Mario were:

What to do to help him?

I began to research on ABA (Applied Behavior Analysis), which I had briefly heard about as the “therapy for autism”.

I started reading articles, watching videos and trying to replicate what I saw.

At that time I didn’t master the tools that I have now, in particular I didn’t know how to administer the reinforcements adequately and, even if I managed to engage Mario in some images matching activities for a few minutes, I still could not be incisive in my intervention.

From Educator to ABA Tutor

The turning point came when my boss at that time suggested that I should follow a First Level Master: “Autism and developmental disorders: theoretical foundations and behavioral teaching techniques”.

The Master gave a comprehensive basis on ABA.

Finally I came into contact with a branch of psychology that applies the scientific method.

In fact, I discovered that ABA is not just a method for autism, but a real science that studies the scientific laws according to which EVERYONE (and not just people with autism) behave.

These laws are like the law of gravity: they continue to exist and function even if we decide to ignore them and appeal to “common sense”.

As for autism, the scientific literature (see for example Lovaas, 1987 or Sallows & Graupner, 2005) agrees:

There is no other treatment that achieves the results of ABA.

The Master, however, gave me only a theoretical basis. I needed practical tools, case studies and supervision.

I then decided to take the path to become an ABA Tutor with RBT® certification.

I discovered an unexpected world.

Until that moment I had come into contact with “theories” that seemed fascinating to me on paper, but that I didn’t see applicable in the real world:

Smoky theories, certainly captivating, “romantic”, but impractical and not functional.

ABA, on the other hand, is a science based on DATA:

I started working as an ABA Tutor.

The meeting with the world of ABA was fundamental for me to grow both as a professional and as a person.

It put me into contact with professionals who like no one care about the lives of the people they look after.

The intervention with each child is not an easy path, there are no “prepackaged” answers.

Every goal, especially the initial ones, must be hard-earned. Continuous dialogue with your Behavior Analyst is essential.

Ironically, one of the children I looked after later on had the same characteristics as Mario:

He flickered his hands, walked on his toes, jumped, vocalized the letter “u”.

It seemed that life had basically challenged me with the same situation, with the difference that I then had the skills to deal with it.

Over time I saw concrete results in this child:

What I saw in reality, I saw it witnessed by the graphs.

Each month the child was learning at an ever-increasing speed.

I saw improvements in all of the children I took care of, both from a behavioral and didactic point of view.

The improvements were witnessed by the data I collected.

The results achieved working as an ABA Tutor and the continuous dialogue with my supervisor made the passion for what I was doing grow in me.

So, I decided to continue my training to become an Assistant Behavior Analyst and I completed a postgraduate ABA training course at Florida Institute of Technology. I then began doing this as a job.

This path has led me to found Data Driven ABA (DDA) together with my colleagues.

ABA has opened up a fascinating world to me, which I am discovering more and more every day! 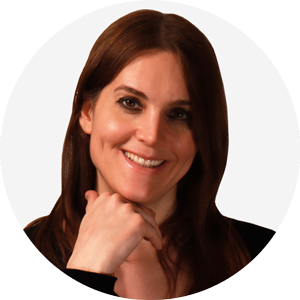 2 thoughts on “How can we help a child with autism?”

This website uses cookies to improve your experience while you navigate through the website. Out of these, the cookies that are categorized as necessary are stored on your browser as they are essential for the working of basic functionalities of the website. We also use third-party cookies that help us analyze and understand how you use this website. These cookies will be stored in your browser only with your consent. You also have the option to opt-out of these cookies. But opting out of some of these cookies may affect your browsing experience.
Necessary Always Enabled
Necessary cookies are absolutely essential for the website to function properly. These cookies ensure basic functionalities and security features of the website, anonymously.
Functional
Functional cookies help to perform certain functionalities like sharing the content of the website on social media platforms, collect feedbacks, and other third-party features.
Performance
Performance cookies are used to understand and analyze the key performance indexes of the website which helps in delivering a better user experience for the visitors.
Analytics
Analytical cookies are used to understand how visitors interact with the website. These cookies help provide information on metrics the number of visitors, bounce rate, traffic source, etc.
Advertisement
Advertisement cookies are used to provide visitors with relevant ads and marketing campaigns. These cookies track visitors across websites and collect information to provide customized ads.
Others
Other uncategorized cookies are those that are being analyzed and have not been classified into a category as yet.
SAVE & ACCEPT
Powered by